I love leftovers, hate throwing out food and love creating combinations with what is left in the fridge.  I had one Greek lamb shank remaining and greek potatoes (see earlier post).  What is more comforting than a grilled cheese?  A grilled cheese made with of lamb and a combination of goat cheese and mild cheddar cheese.

The lamb was cut off the shank and grilled in the au jus from the original preparation.  After the meat was warmed, I turned the heat to high to reduce the au jus so the meat was almost caramelized in its liquid.   Then the  goat cheese was crumbled on, the cheddar cheese was shredded on and finally a couple of slices of the mild cheddar were shaved on top of the meat.  The sandwiches were returned to a pan and grilled.

The potatoes were simply reheated in a skillet and cooked on all sides to create a nice crust on the quartered potatoes while remaining creamy on the inside. 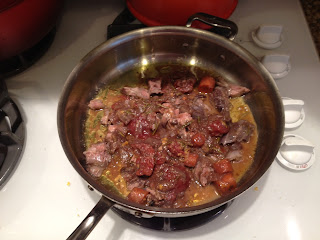 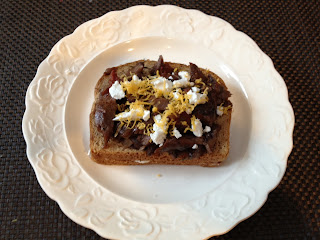 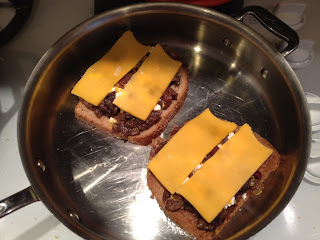 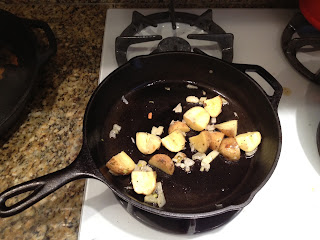 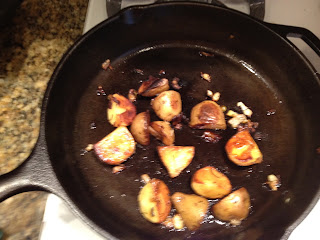 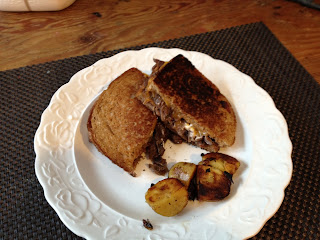